The people who use our boards. 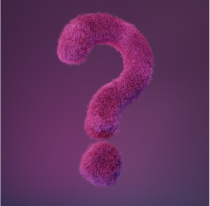 Who are you, and what do you do? What do you like to do outside of work?

I am Pulin Agrawal, a passionate AGI researcher, a fan of the color orange, and a guy who loves his large family. What is AGI, you ask? Artificial general intelligence, the field of research that wants to make computers as (or more) intelligent as humans. I am currently a researcher at nFlux working on computer vision-based technology to assist NASA astronauts on deep space exploration missions.

I have one too many orange t-shirts and other orange stuff littered around me. I have a kind of a joint family in India, who I miss being around. Outside of work, I do AGI research, stargazing trips, video games (currently Kingdom Come Deliverance, phew, what a wonderfully realistic game!!) or whatever other crazy idea catches my fancy at the moment. Trying to do some latte art these days.

Currently, I am also working up to do some orange vinyl decal on my lovely Toyota Solara. Here is my plan.

Otherwise, I go on hikes and do some macro shots of flora (mostly flowers).

What hardware do you use?

My hardware is quite simple. I have been a ThinkPad loyalist for a decade now. Currently, I am on a ThinkPad X1 Tablet 3rd Gen (i7 and 16GB memory model), which I dock on a gooseneck arm with a USB-C cable so I can draw or write on it there. The ThinkPad also drives my Dell UltraSharp U3417W wide-screen curved monitor (a wide one is so much better than two, I realized).

Then come the twins that I can’t live without, my two pairs of AirPods. Why would someone have two sets? I know it’s crazy. I had one that I gifted myself for graduation. But I rarely used it. A lot of my office calls can last more than two hours, and there is not enough juice in one set of AirPods to last. So, I got the crazy idea that if I had another one, I could switch them out in a jiffy and be back on calls without having to wire myself to the desk.

What you see right below my monitor is my old Nokia 7 Plus with a shattered screen that now serves as my webcam. An ultracheap mouse that is just ergonomic and durable enough to make the cut. All sitting on a L-shaped Fezibo height-adjustable standing desk along with my Moonlander Mark I. The Moonlander and the L-shaped desk are a match made in heaven. I bought a couple of pads to rest my elbows on each side of Moonlander.

I am on Windows 11 now, with VSCode being my home. Microsoft Edge with Vimium C being my second home. I use WSL for my terminal needs. When I read research papers, I use LiquidText Pro for annotations and mind maps.

One software that I would be remiss to not mention is Niagara Launcher. This is the home screen app on my phone. I was one of the earliest adopters of this app and I was absolutely smitten by its amazing and clean design. I can no longer navigate my phone without it. Look how neat it looks!

What’s your keyboard setup like? Do you use a custom layout or custom keycaps?

So here is my keyboard setup. The Moonlander has Kailh Copper switches, which I think turned out perfect for me, thanks to Tisha. They are smooth and have just enough click for tactility without any significant resistance or noise that disturbs others.

For the layout, I went through multiple iterations and I think I have now mostly settled into this layout. The basic idea being ‘LAZY’ and so called the Lazy Boy :D. My thumbs naturally rest on the default up and down arrow keys on each side so I remapped them to the spacebar. Additionally, they are also the Shift key when long-pressed, coz I realized that the space bar is never long-pressed and Shift is always long-pressed. The default left arrow key (yellow lit) on the left is the symbol layer key. I mapped all the basic symbols to their first letter on the symbol layer. The default right arrow key (orange lit) on the right takes you to the navigation layer where I have arrow keys at the resting position of right hand fingers, along with easy access to home and end keys. The modifier keys are just below the home row, so ‘Z’, ‘X’ and ‘C’ and ‘/’, ‘.’ and ‘,’ on long press become Ctrl, Win, and Alt, respectively. On the thumb assembly, I have backspace to the left and enter to the right closest to the thumbs. Oh, and the number keys light up with the number and color of the current layer.

In the last few months, I’ve also been trying to create my own keyboard layout inspired by RSTHD, without exiling the key ‘e’ to the mercy of the thumb. I have a version of it in the Oryx configurator.

What would be your dream setup?

I think I am very close to my realistic dream setup. One additional thing would be a tenting kit, because I do feel my thumbs need to be closer to thumb assembly in the tent position. Currently, I am not able to use the tent position because of that. The second would be an eGPU box with a good GPU.

The fantastical dream setup involves more laziness. Something like a hanging monitor on my bed with a split keyboard laid on either side for each of my hands, one feature down, one more to go! Or something like an Altwork station with side arms to sit the Moonlander on.